One of the advantages of travel is that you learn about other cultures and bring home the ideas that appeal to you. One of the customs I have encountered in many places is the weekly temporary closing of a major thoroughfare to vehicular traffic so that people can walk, ride and roll along it. It’s lovely to see throngs of people promenading along these thoroughfares.
Someone else brought this idea home and this Sunday, Halifax will be closing a 2K stretch of road to vehicles, to allow the people to get up close and personal with their city. As luck would have it, the road leads right to the Public Gardens. 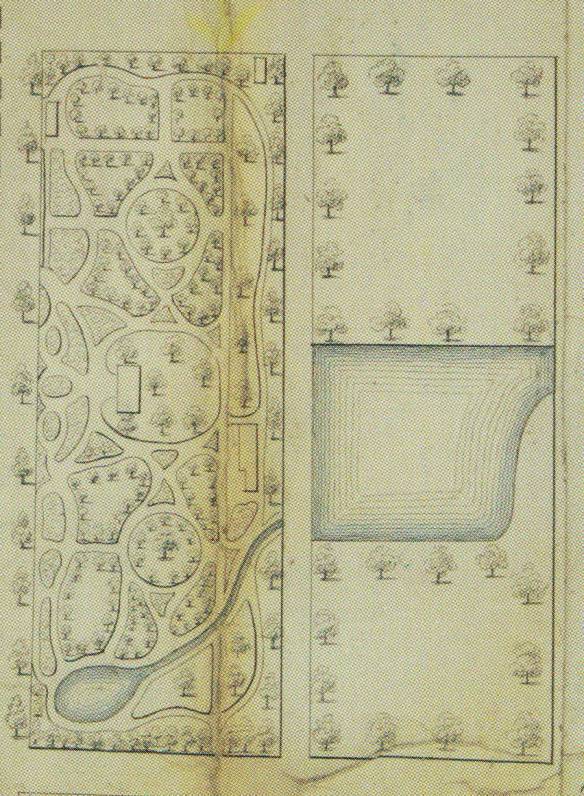 This 1851 map shows the gardens belonging to the NS Horticultural Society and the road that separated it from the future Public Garden (1867) which hadn’t  yet been dreamed of by John McCulloch.

This map taken from The Halifax Public Gardens book, shows the chronological development of the Gardens. It wasn’t until 1889 when the skating rink was demolished that  the Public Gardens occupied the entire block.

Looking toward the gardens belonging to the NS Horticultural Society from land which was  bequeathed to the Society in 1847. The addition of this land would make their garden span  from South Park St. to Summer St. 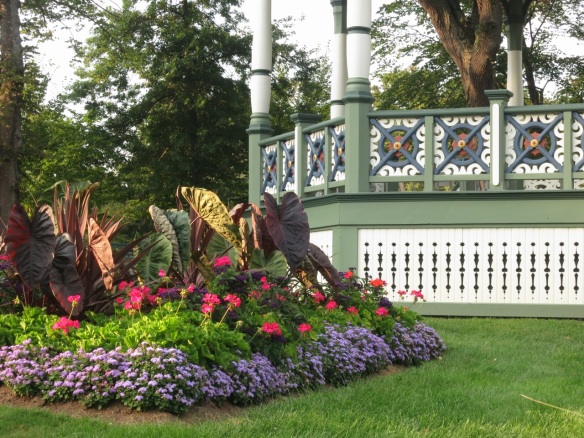 The geometric floating beds once surrounded a flagpole on the northern boundary of the NS Horticultural Society’s garden. Today they surround the bandstand in the heart of the Public Gardens.

The Public Gardens began as a 2 acre garden on the east side of Griffin’s pond and across from the skating rink. The soldiers fountain surrounded by weeping trees that we see today, replaced the original Parisian style of the garden in 1903 to commemorate the Boer War.

The northwest corner of the block joined the Public Gardens in 1872 when the city of Halifax allocated $2000 to landscape this neglected swampy area, doubling the size of the garden.

Finally in 1874, the city would buy the indebted NS Horticultural Society gardens with the intention of joining it to the Public Gardens. Richard Power, the first superintendent of the newly merged Public Gardens, was given the task of combining the two into one.
He did this by transforming the road which divided the two into a leafy walkway, by planting an alleé of  Ulmus americana (American Elms). Thank you Mr. Power and the officials who allowed this to happen. The Gardens would be a different place with a road running through it.

I decided to celebrate both the Gardens and ‘Switch open street Sundays’, by braving the foul weather and riding my bike along the vehicle free route to the Gardens. As it turned out, not a drop of rain and lot’s of people out celebrating with me. 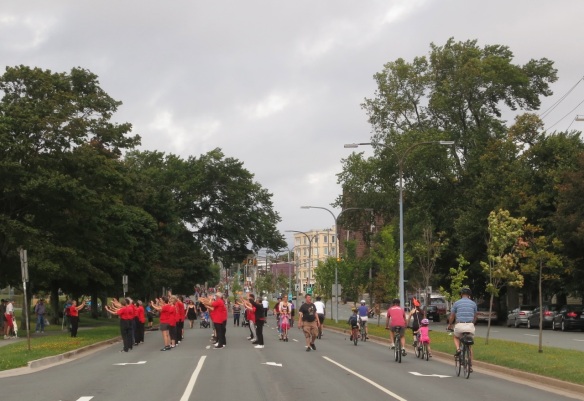 A zen kind of flash mob. This group was performing a synchronized Tai chi in front of the Commons, but we also saw a yoga class in progress. There was music, stalls selling things, digital scavenger hunts and lots of volunteers to help people out. 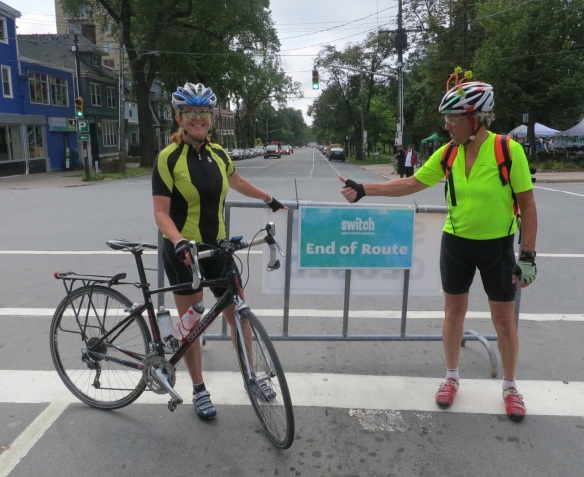 The route ended where else but at the Public Gardens.
The silly man with the flowers in his helmet is my husband. He’s worn those flowers since I made them for him a couple of years ago, and has brought a smile to many faces around the world. 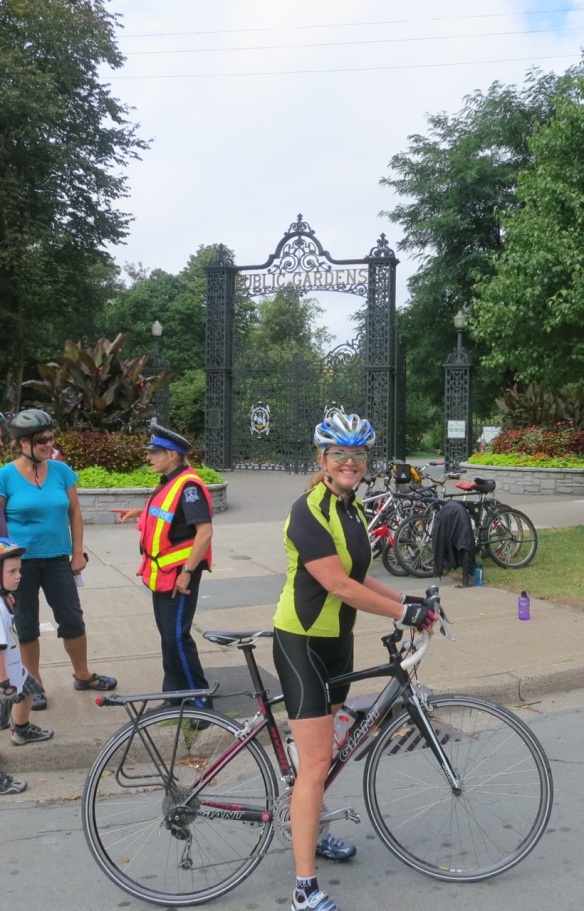 Me combining my two passions. Hope you didn’t mind my going off piste a bit.

2 thoughts on “Turning a road into a pedestrian walk… how progressive!”